The new Kamikatsu Zero Waste Center in southern Japan was constructed with recycled materials including 700 donated windows. The center will help with collection and sorting to aid in the town’s goal of achieving 100% zero waste. Learn more from CNN.

The territory of South Australia, with a population of around 1.7 million people, broke records by spending the last week of December generating 100% of its power from wind and solar. The Good News Network has details.

A Cattle rancher in Alberta Canada is having success with no-kill methods of protecting livestock from wolves. Ranch manager Joe Engelhart uses strategies based on prey and predator behavior, reducing stress to keep the herd together, and spending a lot of time on the range. His methods are being studied by the University of Wisconsin. Read more about the research and strategies from CBC/Canada Radio.

Monarch Butterfly Population Observed to Rebound in the US

A significant increase in western monarch butterflies has been observed in the US compared to recent years. This CNN article gives details and includes suggestions such as planting milkweed and reducing use of pesticides. The following video reports that the total population of western monarchs is estimated to be 100,000 this year compared to only 2000 last year.

Feel free to share your good news or GNT link in the comments!

Jayme Closs is Alive and Safe!

After being held captive for 88 days Jayme Closs, escaped. Jeanne Nutter was out walking her dog when she found Jayme crying, asking for help. They rushed to a neighbor’s house and called 911. The police soon arrested the man who held her captive and who is charged with murdering Jayme’s parents. Now, Jayme is surrounded by love from her extended family.

The Vincent twins, 14 year old girls from Detroit, found a wallet on their way to school. They saw that it belonged to a veteran and thought of their grandfather. They returned the wallet and later got to meet the grateful veteran. For the story and video, click here

“Wolves are the first animal humans partnered with.”

This recent NPR story tells how wolves help troubled teens in California. The wolves and wolf-dogs have been rescued from abusive or neglectful situations. The teens can relate.

In researching the Wolf Connection Program, I found this video. It’s from an older news story, but fit’s well with the NPR story above.

Here are three more pieces of good news I found this week at Good Morning America. 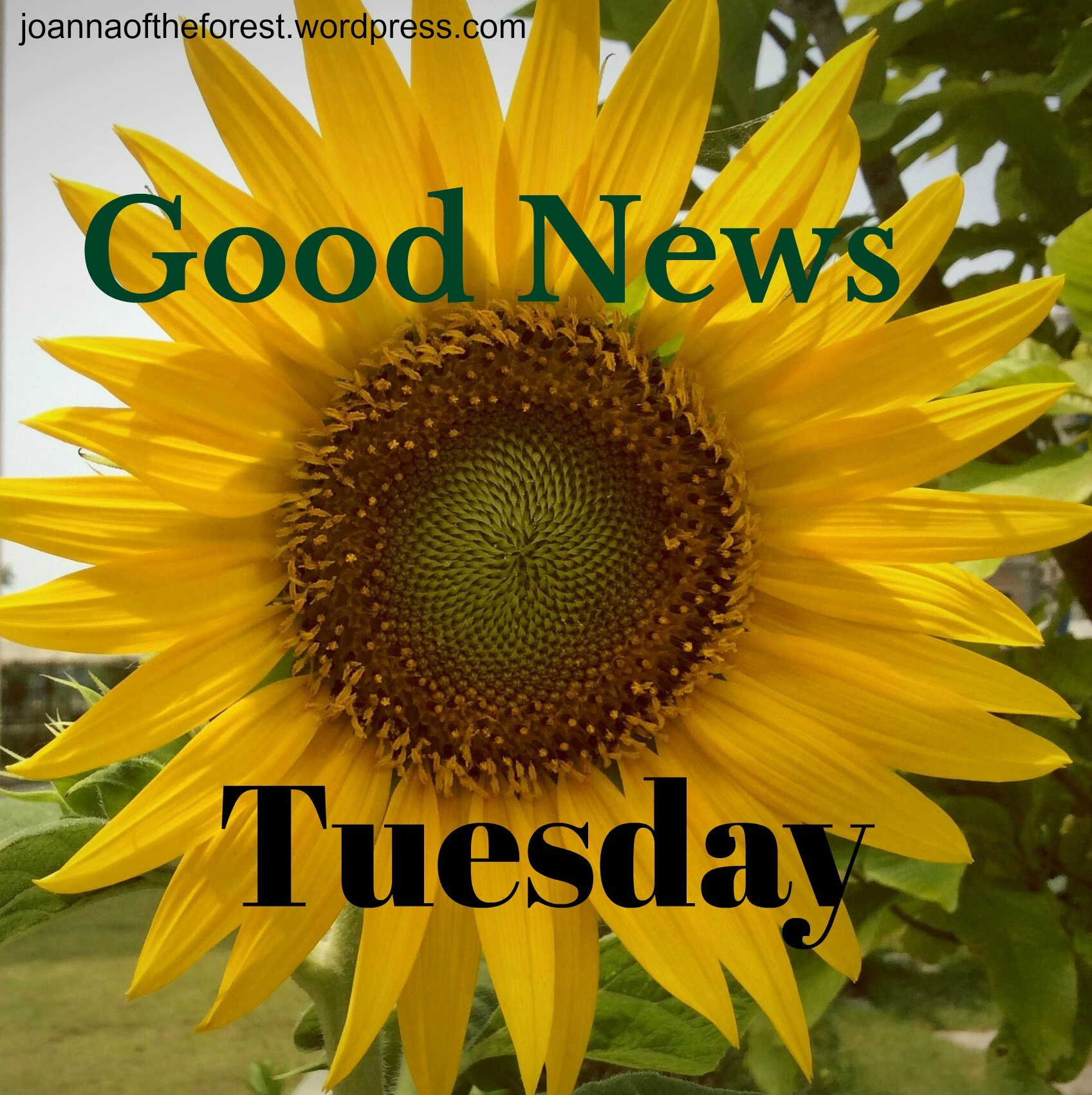 The first thing I thought of was that animals have language though some snobs say they don’t. I didn’t mean to write snobs. But I wrote it right out of my stream of consciousness. (I don’t usually call names.) But I do love and respect animals.

In college, I wrote a research paper on the intelligence of dolphins and whales. There was plenty of research, even back then in the 1970’s, that suggested that dolphins and whales communicate in complex ways. This was based on their behavior. If you pay attention, you will see, hear, and sense things that you don’t notice when you don’t pay attention.  The songs of humpback whales are complex and change over time. Who’s to say that this is not language? Just because we don’t understand, just because it sounds different from human languages, doesn’t mean it’s not language.

Many animals have a keen sense and use of body language. They are more aware of it than we are as humans. My dogs have observed my body language very carefully. That’s probably the dominant way dogs communicate, but how do I know? They are probably way more complex than we realize. Who’s to say that a wolf’s howl is just a song? And song’s are language anyway.

In Jean Auel’s book series that started with The Clan of the Cave Bear, the human-like tribes thought the Neanderthal-like tribes were animals because they did not speak. But we learned from the main character, Ayla (who I named my daughter after because I fell in love with these books), that this was not true. They did have a very complex language based on subtle body movements. Ayla knew this because the people of the Clan adopted her (even though she was one of the others) and she learned their language. Even though some of the Clan people thought she was slow and stupid because she did not have the “memories,” she learned healing from the woman who adopted her.

So, language is relative. Language is complicated and beautiful. Like The Five Love Languages which I’m mentioning in my May newsletter. There is the language of love that we communicate with our eyes, the windows to our souls, with no words at all. Perhaps a language without words (as we know them) has the potential to be even more powerful than simple words. Considering that, it’s pretty amazing that we communicate as well as we do, here on WordPress and other blog spots. I’ve made some good and meaningful connections with this language of words. So I’m not knocking language as we are accustomed to it. I’m just saying, there’s a whole lot more to language than just human words.

This video excerpt starts with lots of surface action which I recommend watching in full screen. The singing begins just after two minutes.

Linda G. Hill is our host for the Saturday Stream of Consciousness. Visit her blog to follow more streams at:

Here are the SoCS rules:

3. There will be a prompt every week. I will post the prompt here on my blog on Friday, along with a reminder for you to join in. The prompt will be one random thing, but it will not be a subject. For instance, I will not say “Write about dogs”; the prompt will be more like, “Make your first sentence a question,” “Begin with the word ‘The’,” or simply a single word to get your started.

4. Ping back! It’s important, so that I and other people can come and read your post! For example, in your post you can write “This post is part of SoCS:” and then copy and paste the URL found in your address bar at the top of this post into yours.  Your link will show up in my comments for everyone to see. The most recent pingbacks will be found at the top. NOTE: Pingbacks only work from WordPress sites. If you’re self-hosted or are participating from another host, such as Blogger, please leave a link to your post in the comments below.

7. As a suggestion, tag your post “SoCS” and/or “#SoCS” for more exposure and more views.

Join 3,906 other subscribers
Follow Anything is Possible! on WordPress.com