It was not just another day at the beach. The water looked a little rough. But a few people were out battling the breakers. I stood in the surf, studying the wave patterns. I love swimming. When I was 18, I swam in March all the way out to the end of the pier. But this June evening 44 years later, I wasn’t sure I was up a challenge. Was I chicken? Or maybe I just didn’t feel like being tossed around and scraped on the sandy bottom. A person could break their neck.

Disappointed, I plodded back to the blanket while my sweetheart meditated with his feet planted firmly in the wet sand. 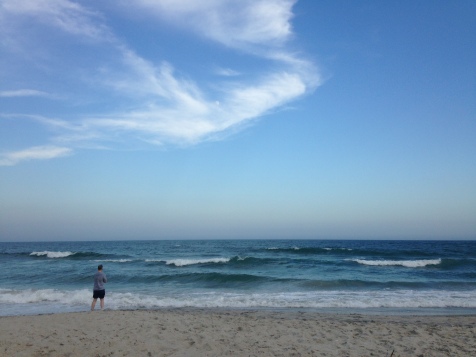 I didn’t have to prove anything to anybody, I told myself. If I didn’t feel like fighting the current, that was okay. I should trust my own judgment. David came to join me, being supportive, wanting me safe. We could see a rip current to the north. He’s a flyer, not a swimmer, though I have no doubt that if I was in trouble, he’d jump in and save me.

Ten minutes later, I looked at the ocean. People were swimming. Not many, but some. Yes, they were younger than me. But the ocean loves me. And I love the ocean. The water seemed a little calmer. I got up and walked a few yards south, then turned toward the waves. There was a break. I went for it. Got past the breakers and swam a few strokes. Maybe I wanted to prove something to myself.

The undertow pulled hard. Okay, that’s enough, said the ocean, or maybe it was my guardian angel. There was another break in the waves, and I scampered back up on the beach without getting knocked down. Feeling energized. Feeling strong. Not chicken.

Within minutes, the sky grew dark to the north. Was that lightening? 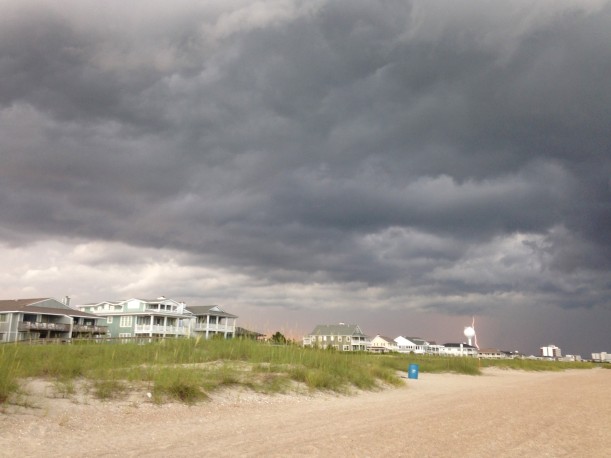 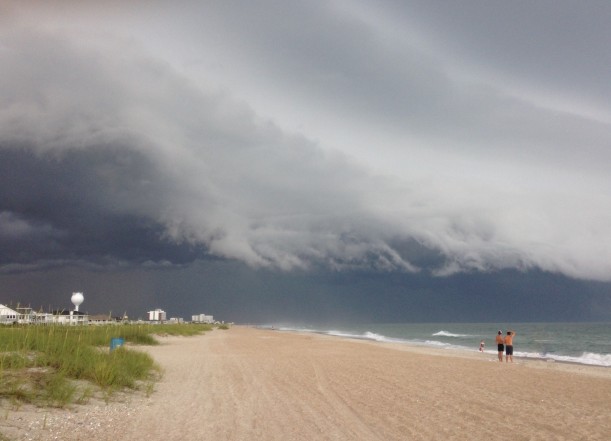 The storm reached out over the ocean… 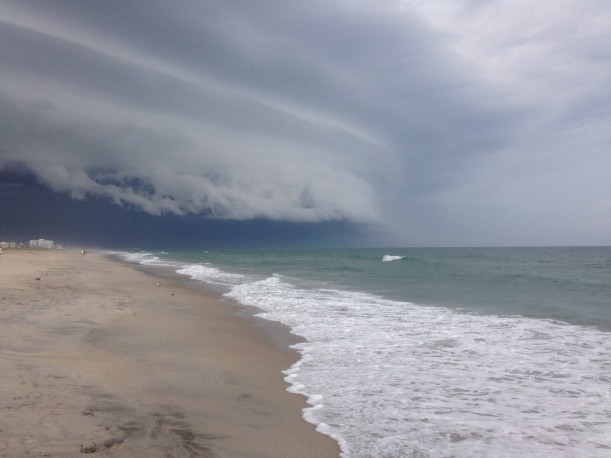 …sending a cool blast of air charged with energy. Was it a warning? Or an enticement to stay and watch the show? 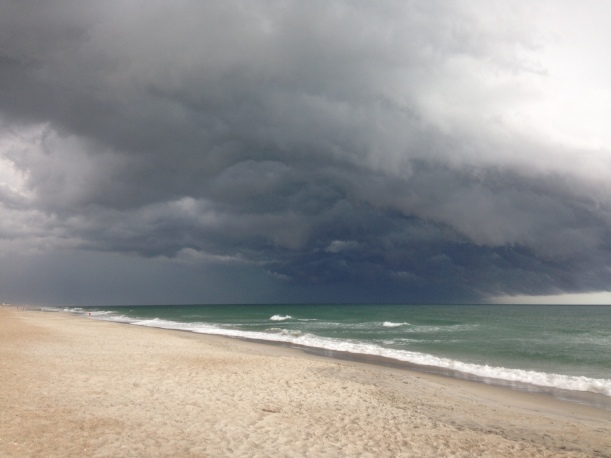 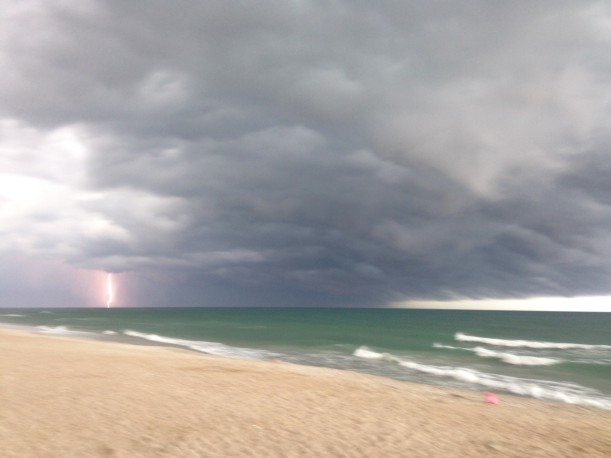 The storm crossed in front us traveling along the horizon 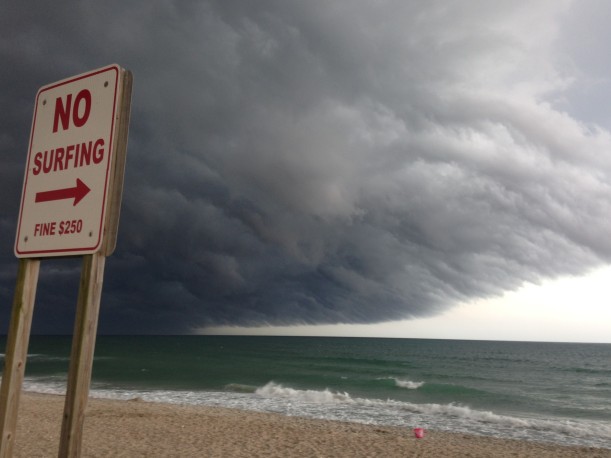 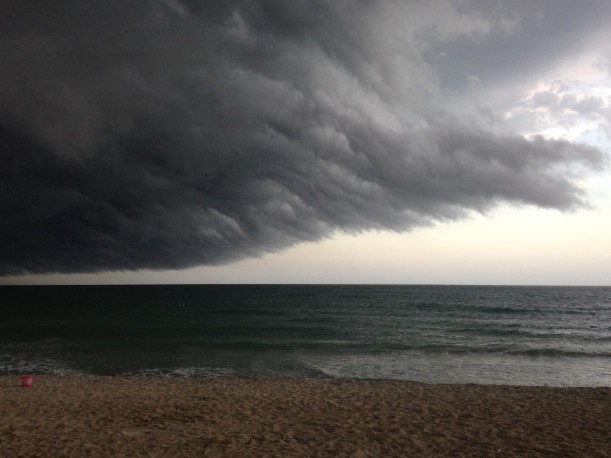 and chased the remaining swimmers ashore with her dragon head. 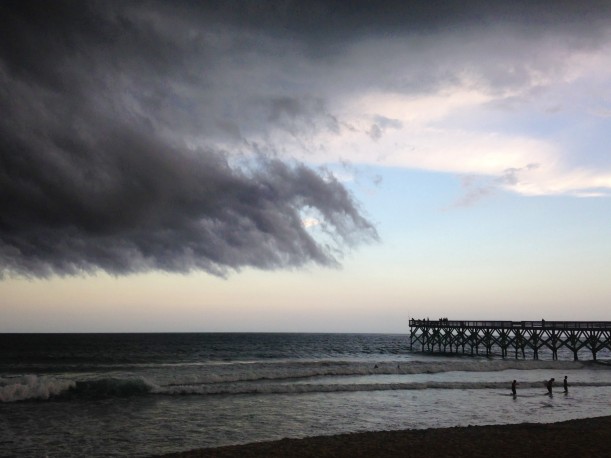 Then, the sun came came from behind 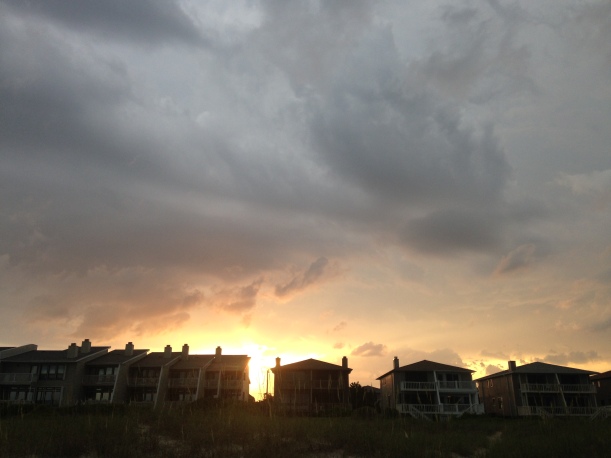 …and nudged her out to sea. 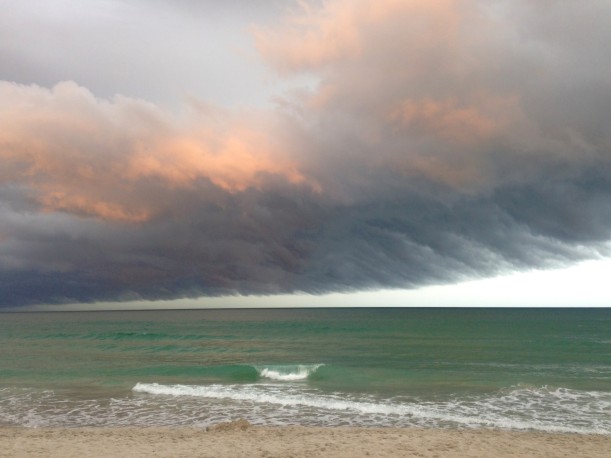 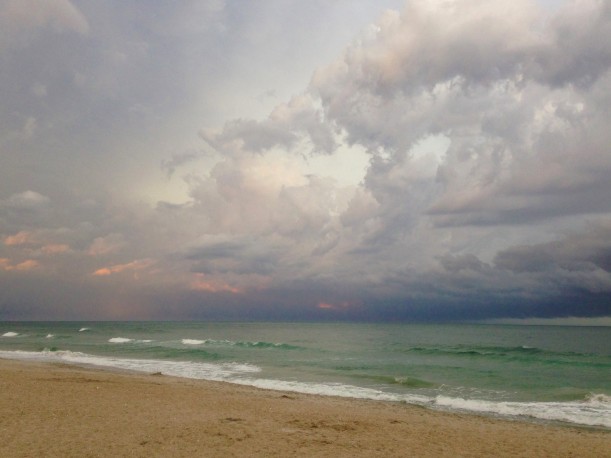 A warm breeze said the show was almost over, 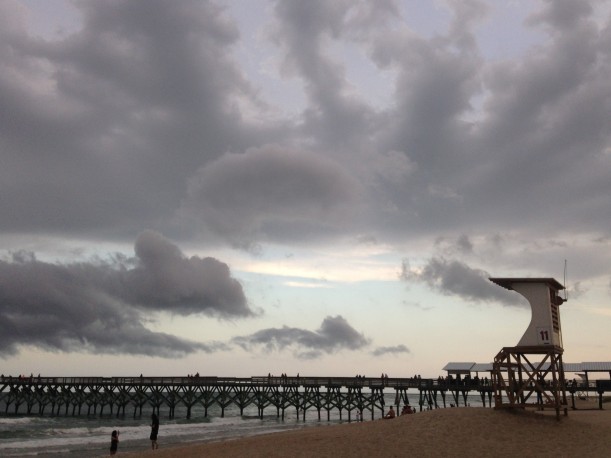 So we headed home. 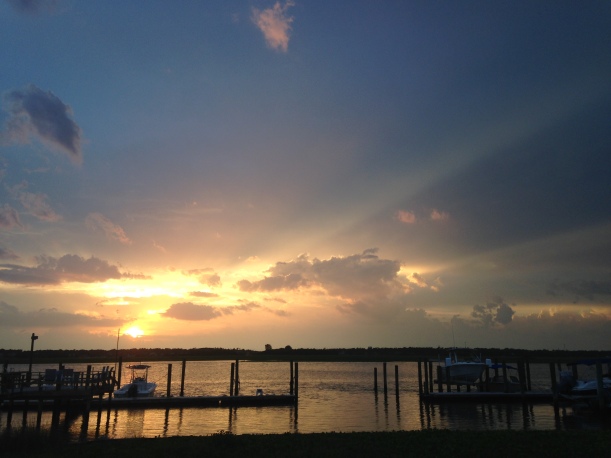 This #prayer has been on the side of my refrigerator for years. It wants to be read!
#sunset at the #creek
I made #vegan wellington with #lentils, carrots, onions, mushrooms, and lots of other good things. David is adding A1 and #ketchup
From #feralrescuecat to #lapcat
David makes #adirondackrockingchair #peacechair #woodworker #casseroledishcarrier #winecaddy
Here’s some of my artwork at Angels, Mermaids, and Woodwork. #angelart #mermaids in #alcoholink
Loading Comments...
Comment
×