I’m dropping in for Just Jot it January today. I might not do this every day in January, but today is a day I feel like jotting. Our prompt for today comes from Janet, and it is the word: “abundance.” Thanks, Janet! Great word!

Our host Linda indicated I could go back into my drafts for JJJ, so I came upon the piece below. Maybe I’ve shared this before, and maybe I haven’t, but either way, I believe it’s worth sharing again.

All or nothing thinking divides us. The world is much more complex than black or white, or even gray. There are many more colors and color combinations. When we respect the gifts of our diversity, the world will become more beautiful.

Here’s wishing you an abundance of peace, joy, and possibility, in 2022! 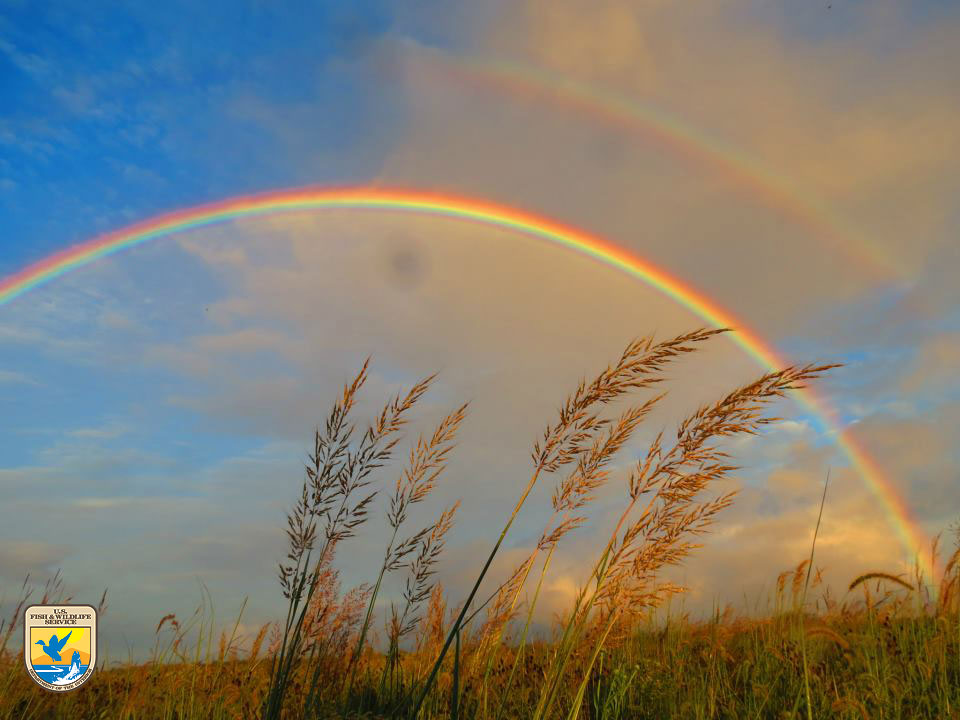 For more January jottings on abundance or other topics, visit Linda’s post by clicking this link:

“We need to actually come alongside God as his hands and his feet as we interact and care-take this gift of a beautiful blue planet.”   __ Joel Salatin

I recently discovered Joel Salatin, a self-described “Christian, libertarian, environmentalist, capitalist, lunatic farmer.” While I don’t believe everything he believes (who does?) and I’m still a vegetarian (mostly),  I appreciate how he thinks outside traditional boxes. I applaud his efforts as a pioneer for compassionate stewardship and a healthier planet.

“Behold the Glory of Pigs”

Salem United Church of Christ normally provides meals and shelter every Sunday night for homeless women and children. But since Christmas eve was on a Sunday, they didn’t know how they’d be able to attend Christmas Eve church and meet their usual rotation in the BEDS plus homeless program. When the pastor shared this dilemma with an interfaith association, Karen Danielson, of the Bridgeview Mosque Foundation offered the services of Muslim volunteers.

This story demonstrates one more example of how we are stronger together:

I love twinkly lights and everything about Christmas except the over-commercialization that makes people spend more money than they can afford. That’s ridiculous! 🙂 I love the yuley pictures and the humor and the love of Joey’s post. As a Christian, I too find it “hard to love people who tell (anyone) you’re gonna burn in Hell for eternity…” I’ll do my best to love them anyway because its the right thing go do. But I might have to love some of them from a distance.

The reason for my season is basic astronomy, although your reason may be equally valid and special, who am I to say?

It’s not reactionary or revolutionary, it’s just a good day to honor light and warmth because it’s the shortest day of the year.

It’s also the time of year when people like to search their hearts and share their religious fervor by blasting everyone with “Jesus is the Reason for the Season!” which is exactly the sorta thing that sends me into red flag mode, but I’m not at war with Christmas so I don’t summon Odin to horse-trample those people, I simply nod and smile, because that’s the safe thing to do when you’re dealing with people who send you into… 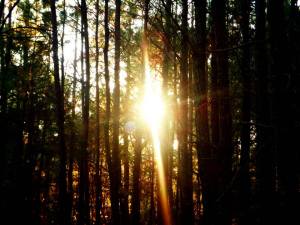 A Pagan who made peace with Jesus

A Christian who adores nature

For a child betrayed.

The pagan gives his hand

To the mother who loves Jesus

And they pray together

To God and Goddess.

Meet on a bridge of hope

To protect the child

Born with a quiet gift.

They surround her with their love and light.

Keeping her safe through day and night. 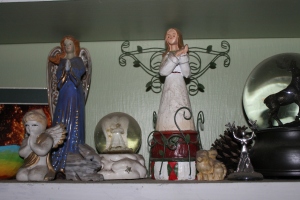 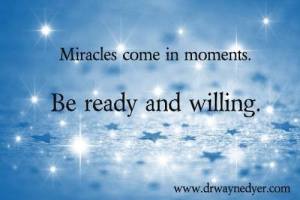 Dr. Wayne Dyer died this past weekend at the relatively young age of 75.  I don’t know why I imagined he’d live longer. Maybe I wanted to see his age catch up with his wisdom. Maybe he has other work to do.

He had a profound impact on my life and the lives of many. I remember taking notes as I watched  a PBS special he did on the Power of Intention and taking notes. It was several years ago, during a time of transformation in my life.  Wayne Dyer’s teachings, added to the abundant love of the Good Shepherd, helped me become ready and willing for miracles God planned for me to receive when the time was right. I appreciated the way Wayne Dyer spoke of God with reverence, yet with an openness that included each and every one of us. Some consider Dr. Dyer to be a “new age” teacher. I guess if you need to put labels on people, that is one possible label. It is possible for me, as a Christian, to benefit from the teachings of positive people like Wayne Dyer, even people who do not identify as exclusively Christian. He was a unifying force for those willing to see the potential goodness of humanity.

After I read about his death, I went to his website. I wanted to read about the power of intention, about realizing my dreams, becoming who I was meant to be, not letting anything stand in my way! Stuff like that. But what jumped out at me on the website was the featured article  on forgiveness.

I’ve done a fair amount of work on forgiveness, but the opportunity to work on it some more has been coming back up in my life lately like gangbusters.  So, finding forgiveness as the topic of the featured article staring me in the face made me smile.

Here’s the article, which I probably need to read a couple of times.

Thank you, Wayne Dyer, for your message of hope. Good journey on your new adventures!

I was a trekker before I became a Christian. I was not a “trekkie,” but a slightly more sophisticated trekker. (I’ve only been to one convention, when my kids were young, not counting that one min-con).

Star trek was a life saver during my awkward adolescence when Dad was in Vietnam and Mom was emotionally unstable. Logical Mr. Spock, my first crush, led me to find science “fascinating” for a while anyway. Maybe being influenced by the Trek at an early age, has something to do with me being and open-minded Christian.

Now, I’m fascinated by links between science and religion, like when I read jetgirlcos describe the the story in Matthew 2:1-2, where the wise men see the star in the east, as

“an extraordinary cosmic event which became part of all the wonder that accompanies Christmas.”

Her combination of objective study with the “wonder” of Christmas touched that place in me that loves to see  connections between seemingly distant things.

Her use of the word “cosmic” enticed me.

Cosmic: “of or relating to the cosmos, the extraterrestrial vastness, or the universe in contrast to the earth alone” (Merriam-Webster)

In doing a tiny bit research, I found this overview of possible scientific explanations of the star of Bethlehem. http://www.classicalastronomy.com/news/anmviewer.asp?a=326&z=17 . My favorite of these theories is the one about the “Triple Conjunction of Jupiter and Regulus” in which “blazingly bright Jupiter, which signifies kingship, passed three times very closely to the brightest star of Leo, which might signify Judah.”

Do I understand this? No way.

Maybe this theory appeals to me because the “planetary alignment” idea was depicted in the movie, The Nativity Story. I was moved to tears at the end of this movie. I love the expressions of the wise men/astronomers.

There’s at least one more Jesus/Star Trek connection. Its a Christmas episode of classic Trek called “Bread and Circuses” where the Enterprise crew thinks they are dealing with sun worshipers until Lt. Uhura enlightens them. The story starts at about 1:04 minutes into this short clip:

What does this all mean?

It means that religion and science can coexist and intersect. It means that a love for Jesus and a love of Star Trek can stay alive and well within the same person. Jesus and Star Trek both give me feelings of hope, of possibility, and the belief anything is possible in this vast universe.

Happy Epiphany and Best Wishes in the Year Ahead!