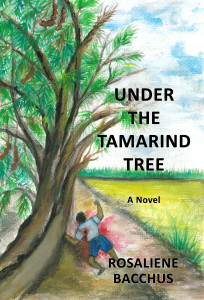 At first I didn’t think I had much in common with Richard Cheong, the main character in Under the Tamarind Tree.  His story is set  in the country of Guiana during the 1950s and 60s during a time of political and personal danger which I have never experienced.  Richard’s father was Chinese and his mother was from India. His dream is to have a big chicken farm. The father of three girls, he is obsessed with longing for a son.

Stepping into a different culture, even through reading a novel, is often uncomfortable at first. Reading this book helped me grow in humility and understanding.  As I read, I grew to like Richard and to care very much about him and his family.

Richard makes mistakes, but he is a good man. He works hard for his family and his dream. Bad things happen that are beyond his control. We are reminded that hurt people hurt people, and at times, revenge runs rampant. Revenge is like a character that rears it’s ugly head more as the story progresses. Hard truths come to light. Through it all, Richard perseveres.

There’s a lesson in this story that rings true. If we persevere and keep doing the right things, however imperfectly, life has a way of working out –  maybe very differently than we planned, but sometimes better than we imagined.

Under the Tamarind Tree is well-written and rich with detail. I’m grateful to Rosaliene Bacchus for teaching me so much about Guyanese culture and history,  for helping me open my heart to our common humanity, and for reinforcing that hope lives in the midst of seemingly unbearable challenges.

You can learn more about Rosaliene at her writer’s website

Or by reading her blog: Three Worlds One Vision