Eight year old Tanitoluwa Adewumi, who goes by Tani, won the New York state championship for his age level. He started playing chess about a year ago in school. Tani and his parents are refugees from Nigeria and live in a homeless shelter in New York. Both of his parents are now working, and one of Tani’s chess coaches has started a gofundme page to help them get a house.  You can read more about Tani and his family here.

Students Strike for the Planet

I’m filled with hope by so many young people around the world striking on behalf of the planet this past Friday. The first video is an in depth report from Australia. The second is more of an overview.

Greta Thunberg, the 16 year old activist from Sweden has inspired thousands of students around the world to strike for the planet, has been nominated for the Nobel Prize. In August of 2018, Greta started the first school strike for climate. In December, she addressed the UN Climate Change Conference. Recently, Greta became the youngest person to be nominated for the Nobel Peace Prize.  Until I watched her Ted Talk, I didn’t know she has been diagnosed with Asperger’s syndrome. She is intensely honest. Greta plans to strike from school “every Friday until Sweden is in line with the Paris Agreement.” Personally, she has stopped flying, stopped eating meat and dairy, and she does not buy new things unless it’s absolutely necessary

“The one thing we need more than hope is action. Once we start to act, hope is everywhere.” __ Greta Thunberg 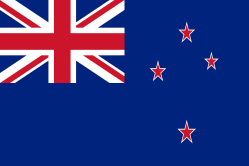 Look for the Helpers

The news from Christchurch New Zealand was horrible.  My goal is to remember those 50 people who lost their lives, find a way to honor them, and recognize those who’ve come to help. In my Goodnewsletter this morning, I found 12 stories of hope about the helpers – people who have rallied to help the victims of this tragedy.  Here are a few of those stories:

Within hours of the Christchurch mosque attacks, people of various faiths rallied around Muslims

#GoodNewsTuesday seeds to bring balance to media – One Tuesday at a time.