My weekend was intense, busy, and very social. I knew it would be outside my comfort zone, but I was asked to be on the music team, and I wanted to give back for all the blessings I’ve received. Leaning heavily toward introversion, I’m more comfortable finding my spiritual moments alone in quiet places, but thankfully, I found God in many varied moments during my four days serving at “EC 95” (The 95th Cursillo weekend of the East Carolina Episcopal Diocese.)

Cursillo  is a three day adventure for 20 pilgrims who are there to learn about Christian leadership and to be loved and served by the team. One of the common experiences shared by pilgrims was a deeper relationship with Jesus and one another. As a team member serving the pilgrims, I felt this deepening, too. Even with the lack of sleep from late nights and early mornings, even with my occasional discomfort from being around  many people who I didn’t know well, I felt the deepening. I felt the love for people who became family.

It helped that our Cursillo weekend was held at Trinity Center, a place close to nature and close to my heart, where they build around the trees. 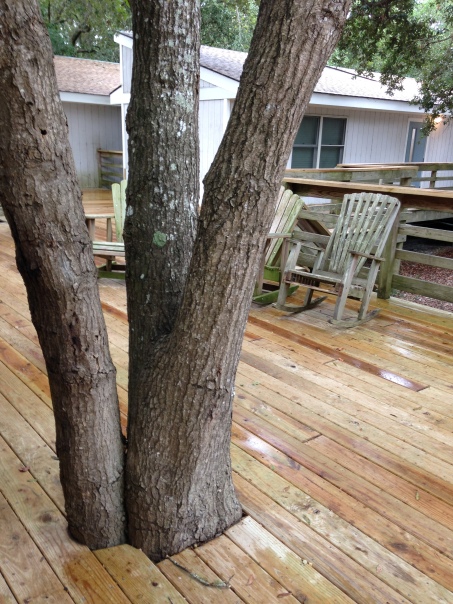 Trinity is an Episcopal retreat center nestled on the North Carolina coast between Bogue Sound and the Atlantic Ocean. 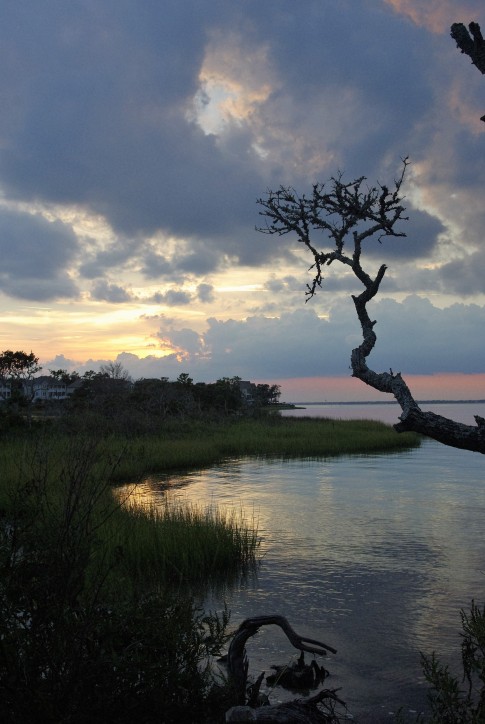 One of my favorite places at Trinity Center, besides the beach….  and the sound….. and the pond….

…is the tunnel that runs under the main road and leads to the beach. 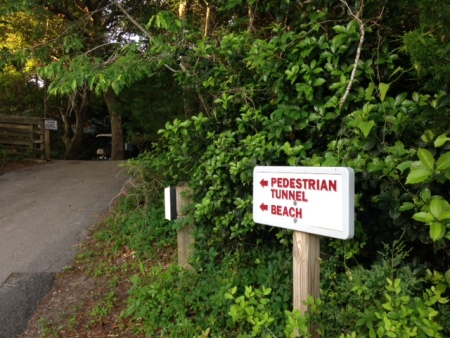 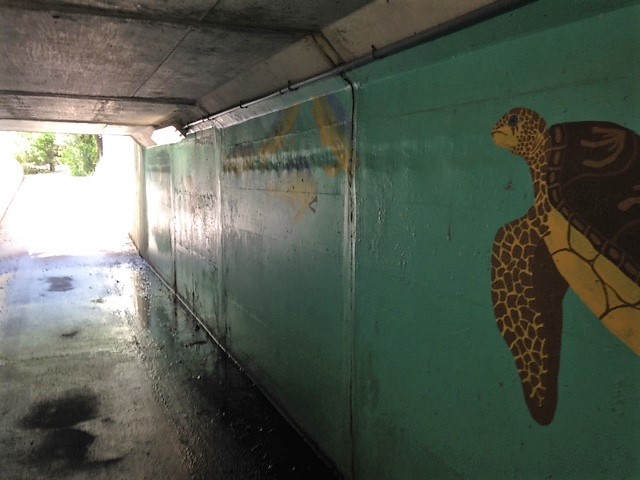 The tunnel is a great place to sing. Imagine the echo. Or is it called reverb?

On Friday afternoon, as I walked the wooded road to my room during a short break, I stopped to admire the light shining through the leaves ahead. 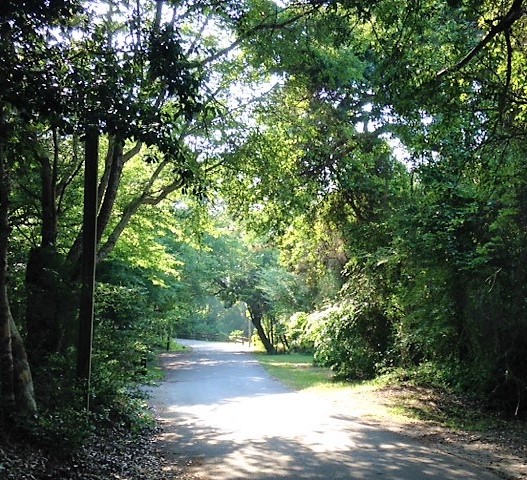 It was here that I felt the powerful and undeniable presence of my parents. They “told” me (in feelings more than words) of their joy that I was there serving with my husband, and that they are proud of us both. My parents had a long history of ministry in soup kitchens and working with veterans. This is the first time I’ve felt them both together since my father died in January. The confirmation that they are together still makes my heart sing. 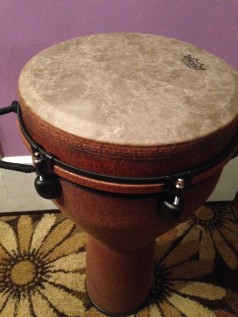 I finally got me a Djembe!

And I did a lot of singing at Cursillo. As part of the music team, I sang, played my guitar, and got to experiment with the new drum I bought for this occasion.

Cursillo music is mostly folksy with some contemporary praise songs. When somebody requested “Wade In the Water,” we had to hunt for the music because it wasn’t on our song list. But it turned out to be such a big hit, we sang this powerful spiritual three times during the weekend. This article explains that “Harriet Tubman used the song “Wade in the Water” to tell escaping slaves to get off the trail and into the water to make sure the dogs slavecatchers used couldn’t sniff out their trail.”

The following arrangement, while different than the simple version we sang, gives a feeling close to what I felt during our closing service singing with about 50 people and three guitars as I kept a strong, steady beat on my drum.

In spite of the intensity, I’m thankful to have served at EC 95. But some day,  I want to go to Trinity Center just to relax. I bet I’ll do some singing and wading, too.

25 thoughts on “Serving at Cursillo: a Spiritual Weekend”

Mama Cat watching squirrels. #cattv #rescuedferalcat
#saintfrancis watching for spring
Last year’s #hydrangea #oldbrick #driedflowers #dryhydrangeas
“#followyourheart but take your #brain with you.” #alfredadlerquote Chapter 1 of From Loneliness to #love 5 Steps for Finding a #healthyrelationship #soulmatesearch
Today’s reading from #Jesus Calling by Sarah Young #practicepeace #peace
#Midwinter #dandelion In the midst of winter, I found there was, within me, an invincible summer.
Loading Comments...
Comment
×
%d bloggers like this: