I found this version of the Gandhi quote at  Skeptics Stack Exchange,  where they seem to have done a some research. I can understand why Gandhi might have said this.

I am a Christian.  An open-minded, progressive, tree-hugging Christian.

I’m writing this because I want you to know we exist.

Sometimes I wonder if I should even call myself a Christian because of what that label has come to mean to so many. The media likes to celebrate controversial, often negative, people who call themselves Christians, (and maybe they are – it’s not for me to say) people who are not open-minded, not progressive, and certainly not tree-huggers. They are the kind of people who scared the Christianity out of me and drove me to fierce agnosticism when I was in my twenties.

I don’t want to be one of the scary Christians.

It wasn’t until after I became a parent, working in a challenging, bureaucratic  social service agency, that I took a chance on a church, because I knew I needed something more than my agnostic, nature loving philosophies with a side of sci-fi.

I was skeptical. But the little Episcopal church welcomed me with open minded intelligence and introduced me to their “three-legged stool” of scripture, tradition and reason. My questions and doubts were accepted without condemnation. They loved me. This love and acceptance allowed me to become open to learning more about Jesus. The more I learned, the more I wanted to learn about him.

This past Sunday, one of my church friends, a young college student (younger than me anyway) shared that most of his friends are atheists, and he is trying to show them that all Christians aren’t like the conservatives they see in the news.

I believe in the love of the Jesus who hung out with the poor and the prostitutes and loved them, the revolutionary Jesus who raised women and children up as people to be cared for and listened to instead of property.  I love the Good Shepherd who seeks his lost sheep, not with condemnation, but with love . 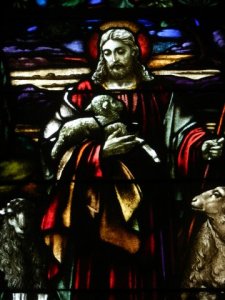 Open minded, progressive Christians don’t make the news much, but we’re out here.

Oh, and I still like a side of sci-fi, now and then.

19 thoughts on “Not the Scary Kind of Christian”