This too, is possible. 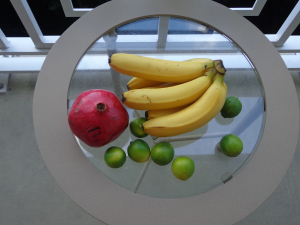 Fruit on our Honeymoon Balcony in Key Largo

I have to face the truth.

I’ve gained over 10 pounds since I got married on December 1, 2012.  My husband has gained about the same.  A lot of it was during holidays.

I’m comforted by what I heard just the other day:

A little extra padding around the tummy is a sign of a committed relationship.

That’s sweet but dangerous for someone with a history of more than a little extra padding, especially going into the holidays,.

Enough with the numbers! I know the numbers don’t mean that much. Being healthy is the priority.

Join 3,902 other subscribers
Follow Anything is Possible! on WordPress.com